Ola Amigos and Amigas! This will be a short post on our 3 days in Quito, with our Amazon adventure up by tomorrow. We're in Cusco at the moment, following the expert advise to do nothing but acclimatize for the first day.

When last I left you, we were in the lovely colonial town of Quito, which is so well preserved from its early Spanish heyday. It was founded by the Spanish Conquistadors in the 1534, on top of a razed Incan city. When the Incan king learned of the Spanish advance, he destroyed his town rather than have their treasures fall into Spanish hands. Quito is nestled in a valley between 2 Andes ridges and ringed by 3 volcanoes – the last eruption being in 2006. It’s at a pretty high altitude, 2800 metres above sea level, so walking up stairs and up the winding and hilly streets is a bit of a challenge. But after all our activities in Galapagos, we’re OK.

Christa joined us our first night in from the Galapagos, ready for our Andean and Amazonian adventures, so the gang’s all together. Early morning saw us taking off through the mountains, volcanoes and valleys leading up to the popular market town of Otavalo, which was interesting. None of us are really big shoppers (we need you here Sandra) and we found most of the stuff similar to what you can see in Canada, but the local food market and outdoor food stalls were really cool. Fabulous foods – odd and familiar meats hanging, piles of vegetables with mysterious fruits, and mounds of peppers and spices. Then we were off strolling through the stalls set up for local lunch, with covered boards set up as makeshift tables, bringing amazing smells from the roasting pigs and fish and chicken. 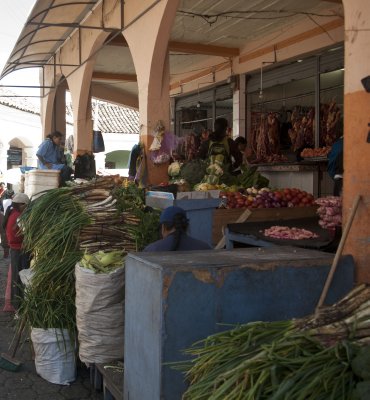 This market is important for the local Quechua (indigenous) peoples, both to market their handicrafts but also as a means for socializing and catching up with the events of friends and family spread out through the valleys. They are really small! I’ve never been somewhere where I feel so gigantic! Even Christa towered above people strolling through the market place. Probably on average 4 ½ feet tall.

We stopped in a small town of Cayambe where they are famous for their volcano, and for incredibly delicious, light and crispy biscuits called bizcoches. You eat them with string cheese and we all fell in love with them. It seems like the entire village is involved in making these tasty treats with every 2nd store or restaurant advertising the best in town. Yum!! 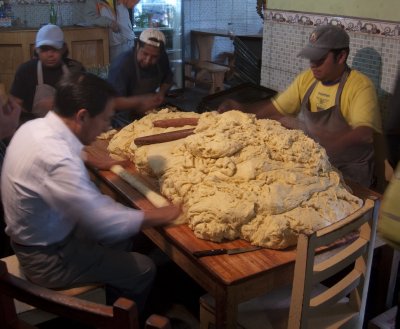 Back in Quito, the clouds had rolled in and we had a big thunder and lightning show. We have decided we would take on the task of determining the best Pisco Sour in Ecuador and Peru. It’s a tough job, but I think we’re up to it. Pisco is a Peruvian brandy made from grapes, which is then mixed with lime juice and bitters and topped with egg white. With that very difficult and strenuous obligation in mind, we decided on pisco sours in the hotel bar, and so far, it currently ranks #2. So far, our scientific investigations have determined:
1 – Eco Lodge Santa Cruz: Wonderfully sour with nice amount of bitter, excellent foam
2 – Quito’s Patio Andaluz: Good foam, could be colder, not quite sour enough
3 – La Pinta boat Galapagos: Not enough foam, quantity is a bit small, nice flavour and bitters
Will keep you updated as this important work continues. 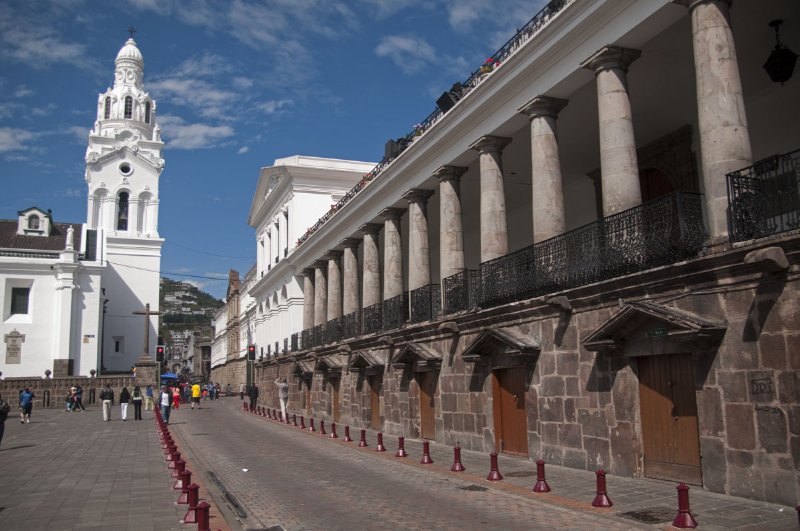 Our hotel is in a lovely old colonial hacienda, and is located in the old part of town, which is really beautiful. On Sunday, Quito closes down the streets to traffic in old town so we were able to stroll the beautiful colonial streets freely. Of course for this part of the world, city life is centered around the church, primarily the Roman Catholic Church. Two lovely squares are the main gathering places for locals and tourists, and they are bordered by elaborate and decorated churches and colonial government buildings. One of the churches – surprisingly, Jesuit – was the most elaborate I’ve ever seen. The outside is intricately carved out of stone, with curling columns and beautiful friezes. On the inside, the carving gets more elaborate and is almost entirely covered in 23 carat gold leaf. Incredible! Unfortunately no pics allowed inside, so you’ll have to take my word for it, but spectacular doesn’t even cover it. 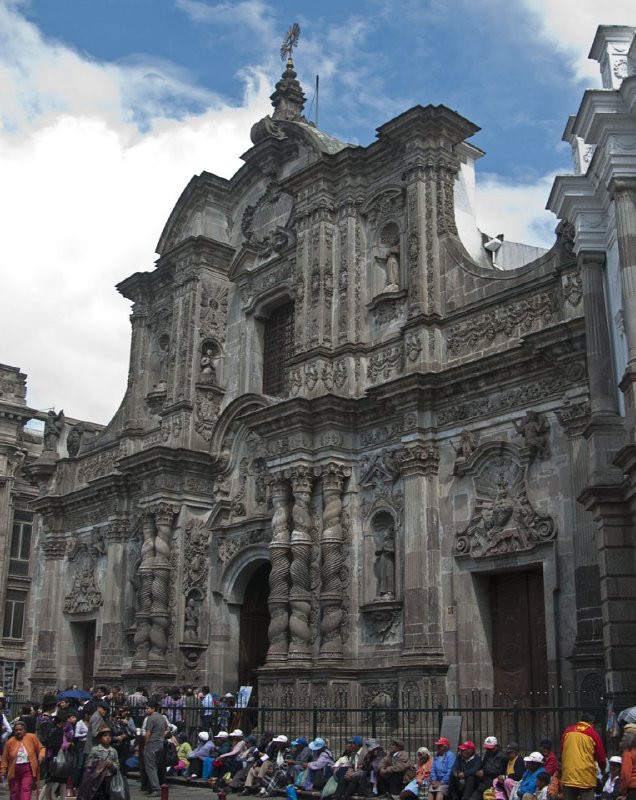 As a final touristy thing to do, we went up a cable car to the top of a peak, overlooking the town. It takes about 8 minutes to ascend to 4100 meters, which is by far the highest I’ve ever been, and higher even than Ladakh in the Himalayas and Cusco in Peru. Was a bit nervous about how the height would affect me, but no big problem. My camera bag felt like it weighed a couple of tonnes instead of ½ a tonne, but otherwise was all good. It is strange to feel like you’ve walked up a few hundred steps when you’ve only walk 10 though. I’m sure in Cusco we’ll acclimatize after a few days. We’ll be drinking a few cups of the Coca tea, which is supposed to help with altitude adjustments. Made from the cocaine plant, it is a staple tea and chewing tobacco in the Andes. We tried the tea in Quito and it’s very good. No need to worry tho folks, it is nowhere close to the processed drug version we know about. Will have to stay with the Pisco Sours for that ;-) 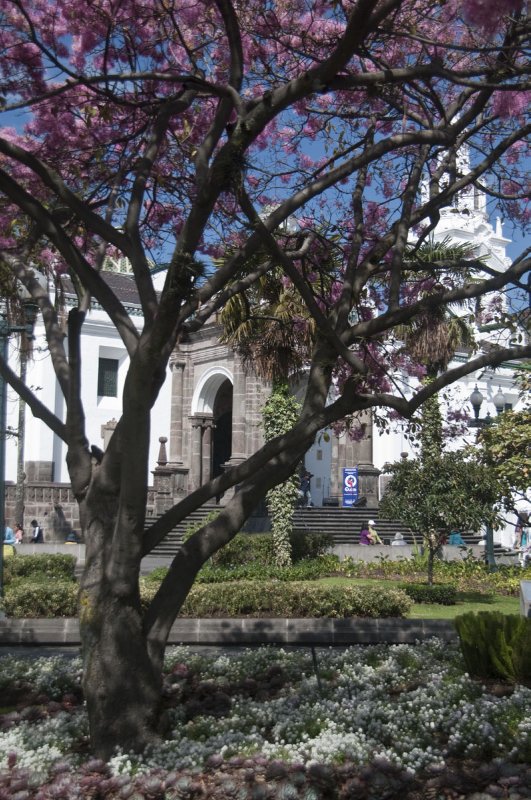