and this journey ends...

Our final stop as a group – the fabled lost city of the Incas – Machu Picchu. Machu Picchu, which is actually pronounced Machu Pictchu, means old mountain in Quechua, the Incan language. This is important to know folks, since our usual pronunciation of Machu Peechu actually means old penis! 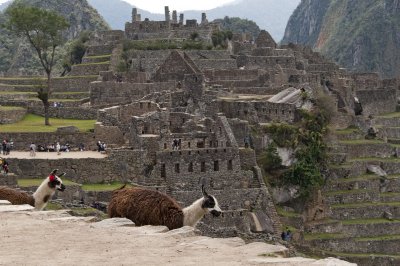 After an early morning and long train and bus journey, we finally arrived at this stunning site, which was rediscovered in 1911 by Hiram Bingham. Nestled high in a depression between two mountain peaks, and surrounded by imposing and starkly jagged peaks, Machu Picchu is still not visible from below, even though it is the most popular and visited tourist destination in South America. In fact, even after arriving at the main gate, following a narrow, winding road up the peak by bus, you still cannot see the site until you walk on a narrow path, around a large boulder, to finally find it laid out below you. 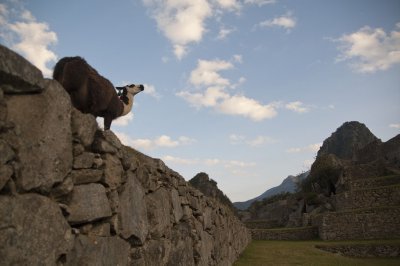 The train ride was lovely too and surprising. I was not prepared for the barren Andean scrub to slowly give way to a dense cloud forest, as we approached Aguas Calientes, the completely tourist-dominated town in the valley below Machu Picchu. So many orchids and other air-rooted plants were hanging from the massive trees as we wound through the valley following the Urumbamba River, with huge snow-covered Andean peaks providing a backdrop. 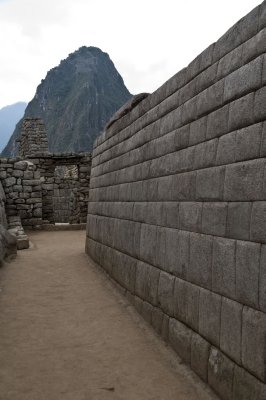 This lost city was the only significant site to escape the devastations of the Spanish Conquistadors in the 16th century and was lost to all but a handful of local farmers in the jungles of the cloud forest till its rediscovery early last century. Experts still argue over the purpose of the site – astronomical scientific site; ceremonial city to the gods; sacred sanctuary for the Incan emperor; or any combination of these, and other ideas. The mystery is compounded because it appears this city was built, lived in and then abandoned all within less than a century – most believe it was built in the mid-1400s. The stonework and architecture is some of the best seen in the Incan and pre-Incan history in Peru, which spanned a 4000-year period. 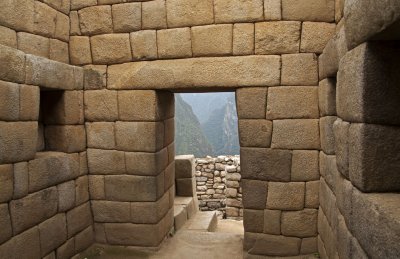 The classic view, from the guardhouse

The only thing that is certain is that it is incredibly stunning. One of, if not the, most stunningly beautiful places I have ever been. Steep stone terraces and stairs (I believe these stairs were built so steep as a joke to torture future tourists!) seemingly carved out of the cliffside; towering temples, store houses, and terraces; stone aqueduct systems and fountains still running with water; and all surrounded by thickly forested mountains, and drifting clouds and mists. 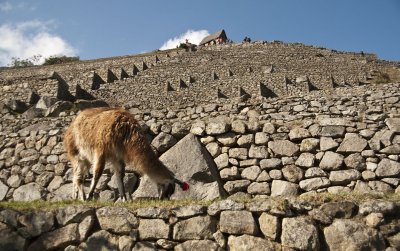 Machu Picchu looking up to the guardhouse

Sunrise over the peaks

The mornings were especially beautiful, before the crowds became too thick. We spoiled ourselves and stayed at the only hotel on top of the mountain, the Sanctuary Lodge. This meant we were able to walk to the site each morning at dawn to watch the sun crest the ridge, seeming to shine a spotlight on the temples and terraces one by one. Climbing to the top of the main site, you are able to see it all laid out below you. The condor city laid out with windows and instruments to track the summer and winter solstices. 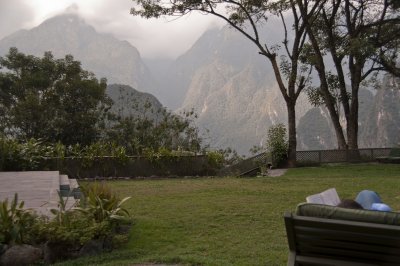 Christa reading on our patio at the Sanctuary Lodge 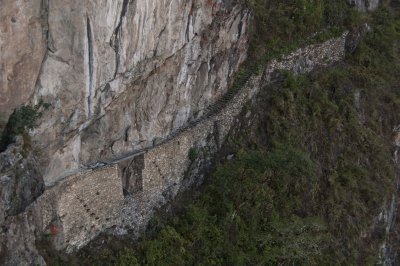 One morning we hiked further along one of the Incan trails to see an old Incan bridge. You can can’t help but wonder how, or who, laid the first supporting stones of the terraces, trails or buildings perched upon impossibly steep and sheer mountain sides. Climbing over the stairs and terraces is a sometimes intimidating, often vertigo inducing exercise. At one point, coming down from the rear of the sundial temple, you are so close to dropping off into nothing, and the staircase so small, that it took a huge amount of effort to take the first step, which was actually onto a relatively wide first stone. Very strange feeling! 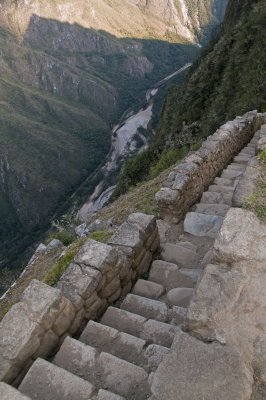 Insane stairs leading down the back from the Sun Dial 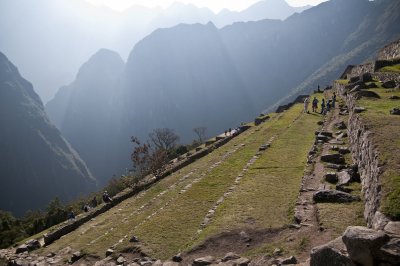 Watching the sun play on the terraces.

For all the exploring, climbing and wandering we did here on our three days, some of the best moments were simply picking our way down to a terrace, away from tour groups, and quietly sitting. Watching the changing light, drifting backlit clouds and wonderfully agile swallows swooping past. Sublime! 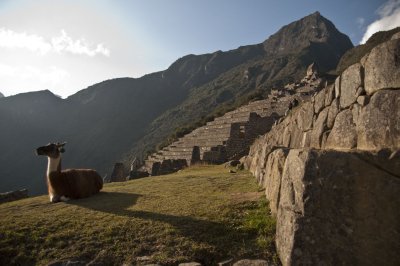 So here I am, in Mexico City visiting with a friend from Delhi, and about to head out for a Mexican dinner… with Margaritas of course! We head back home tomorrow, and as usual, this trip has gone by so fast. I had looked forward to seeing the Galapagos, Amazon and Machu Picchu for so many years; it is a strange feeling to be coming to the end of this journey. It has brought so many new experiences though, and exceeded my expectations, which is no small feat. So am excited to head home and see what happens next!